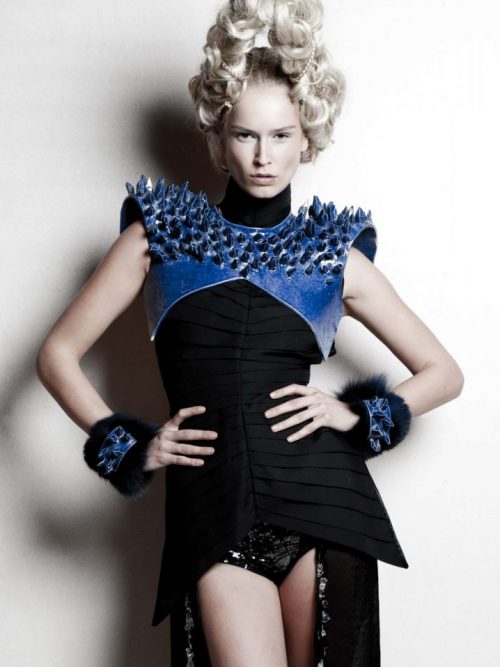 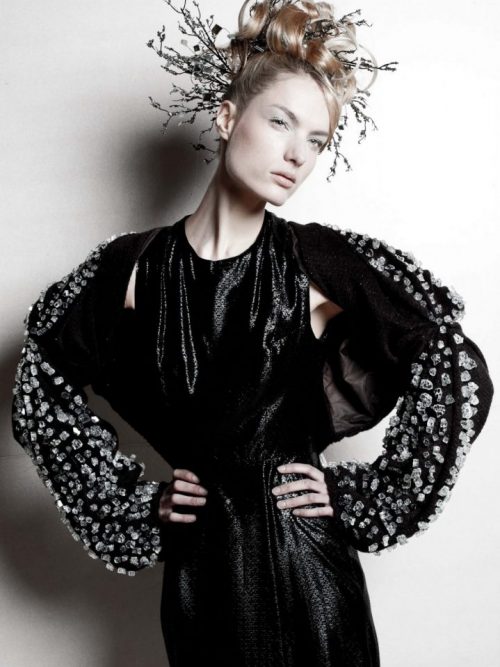 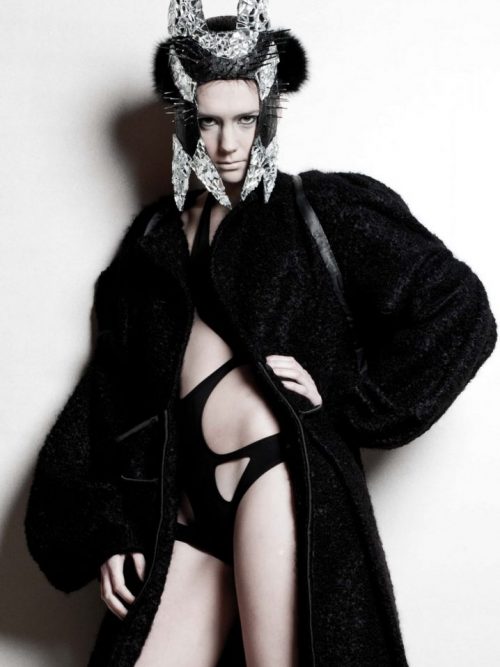 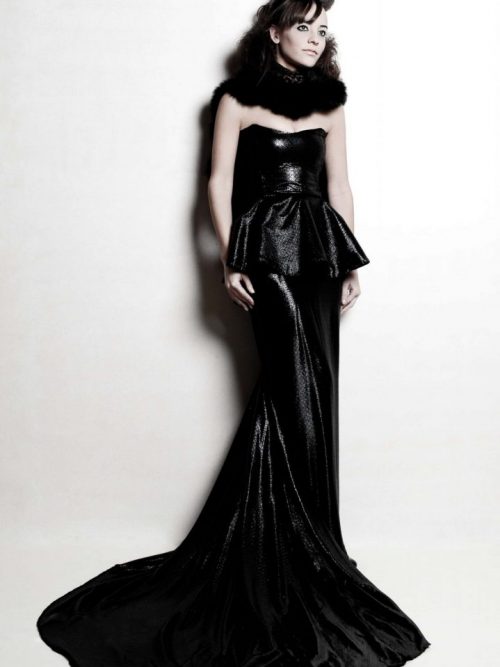 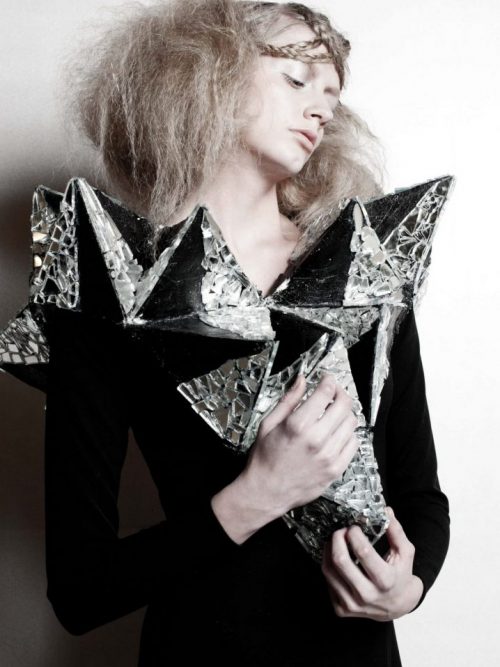 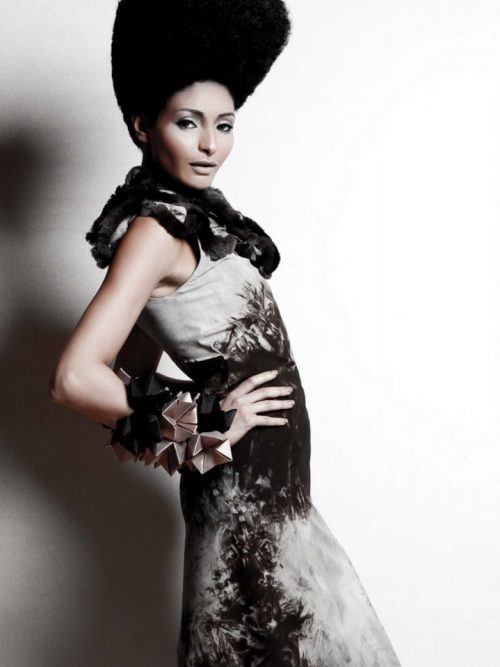 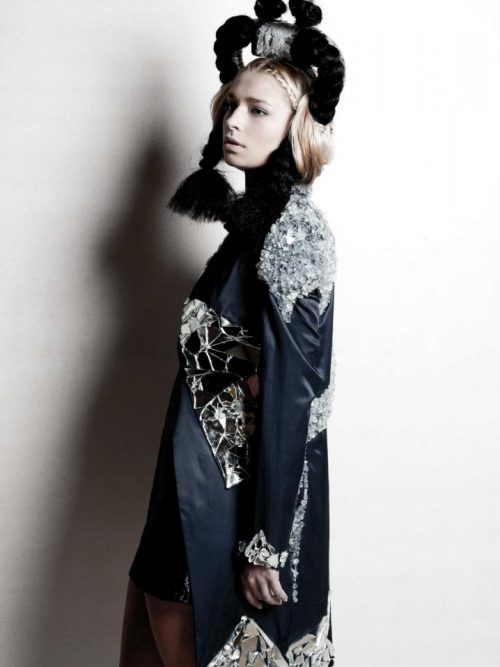 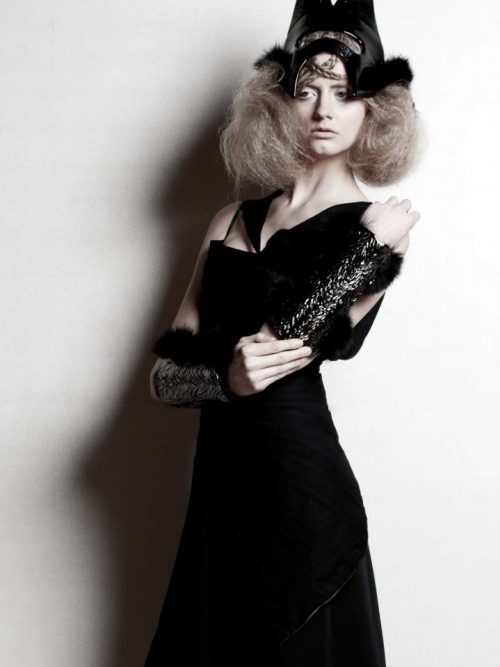 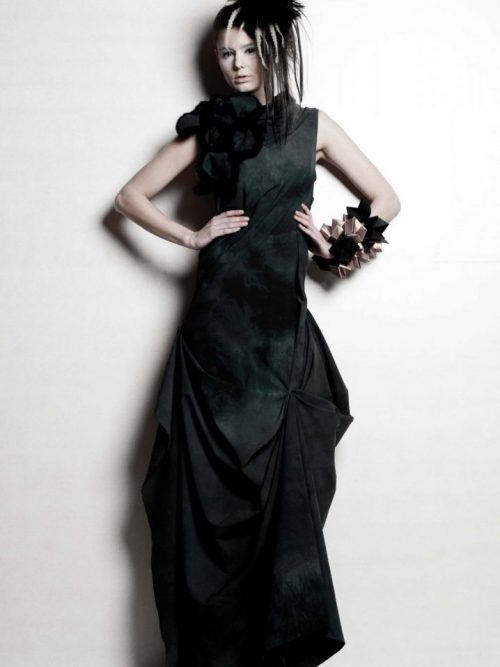 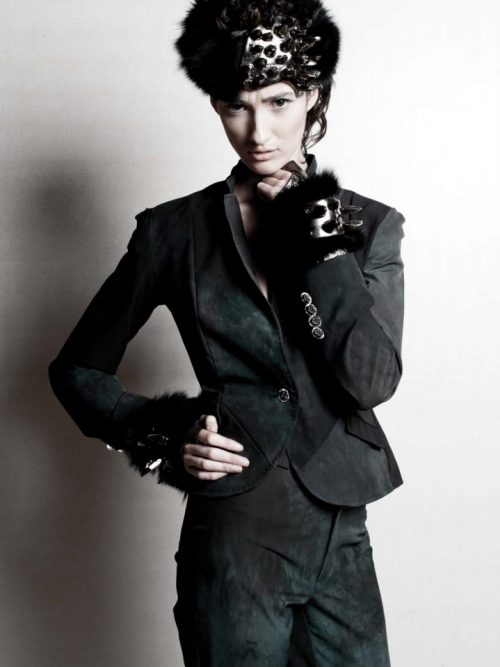 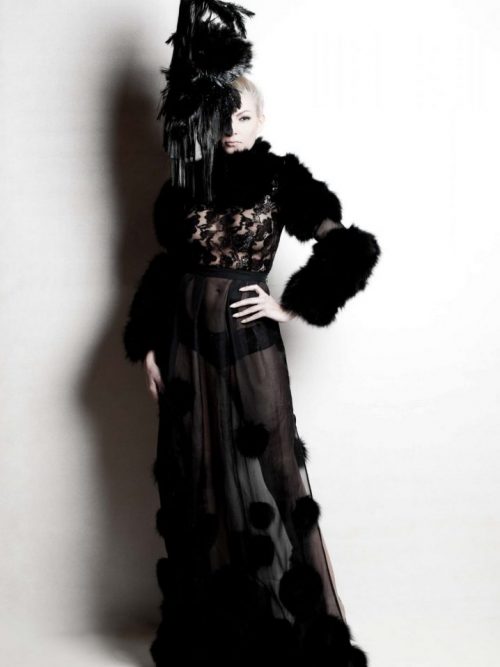 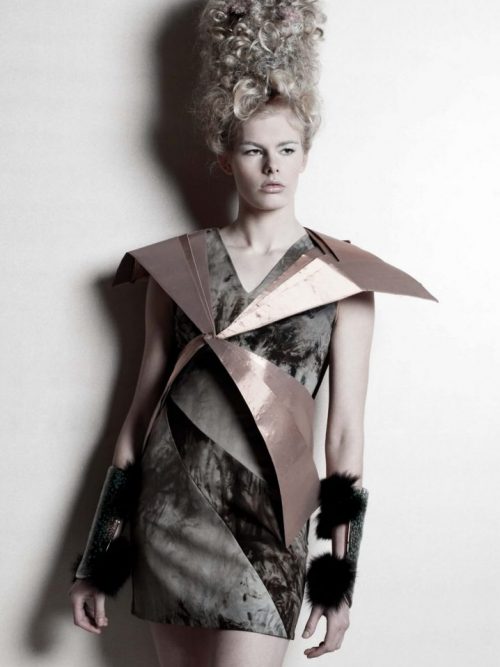 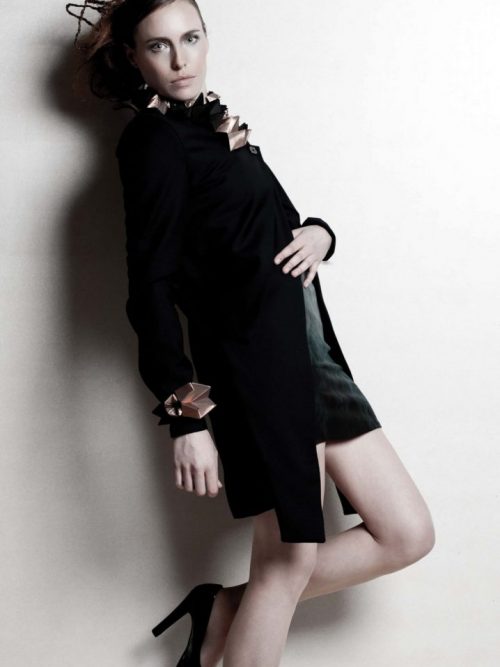 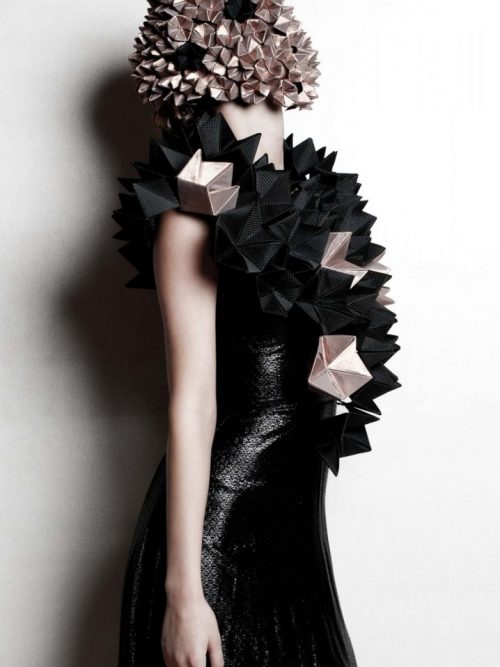 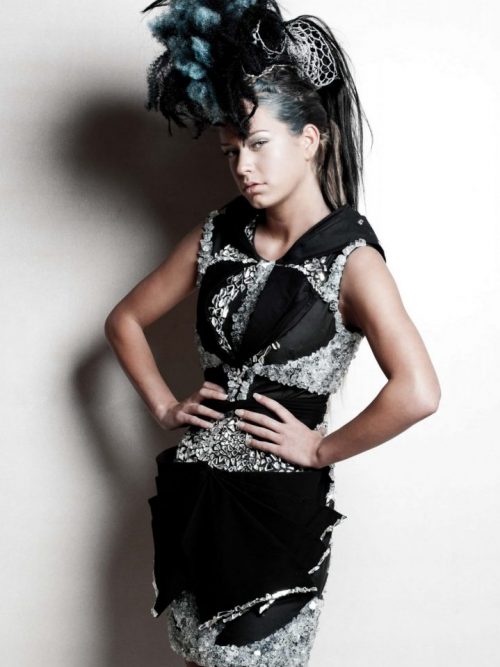 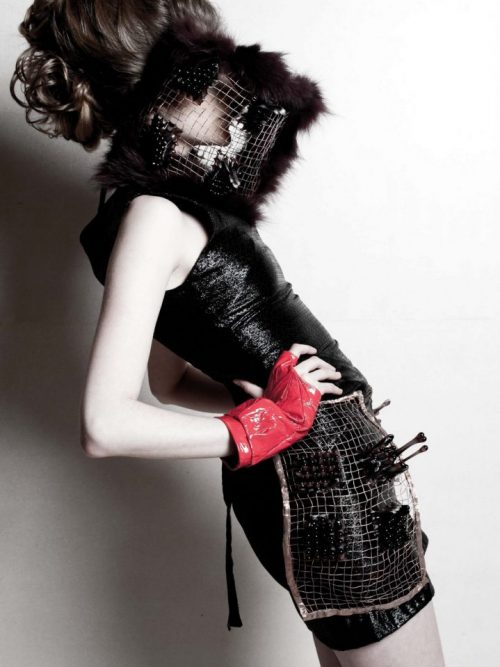 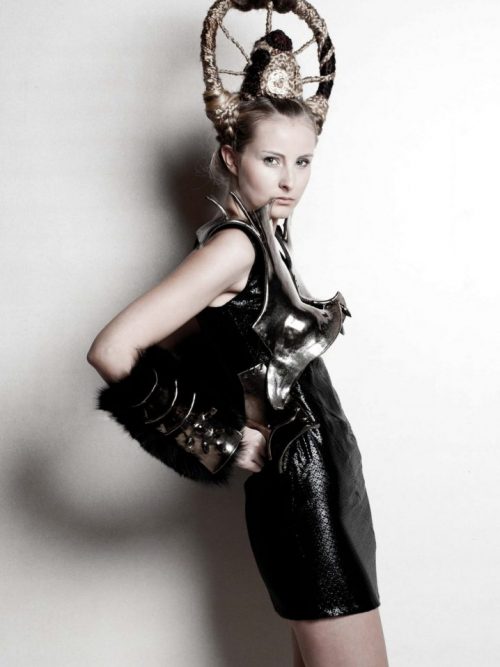 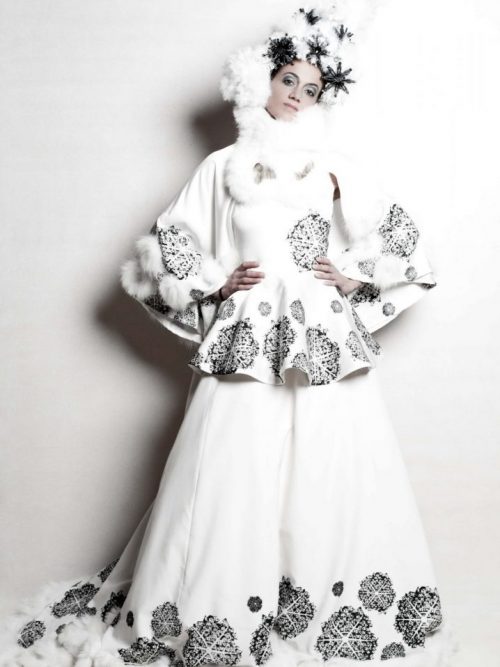 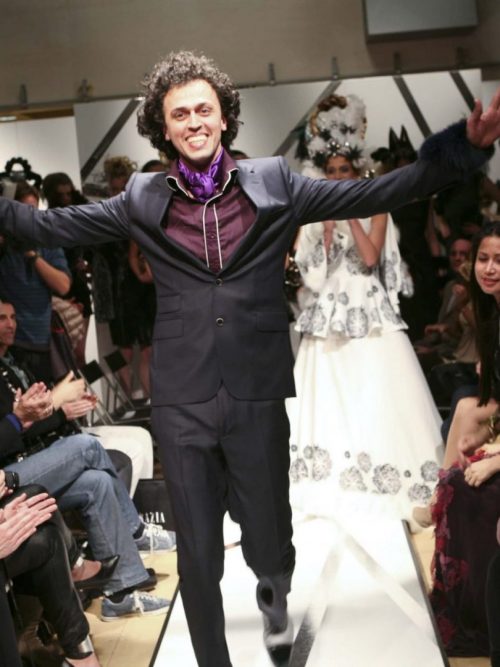 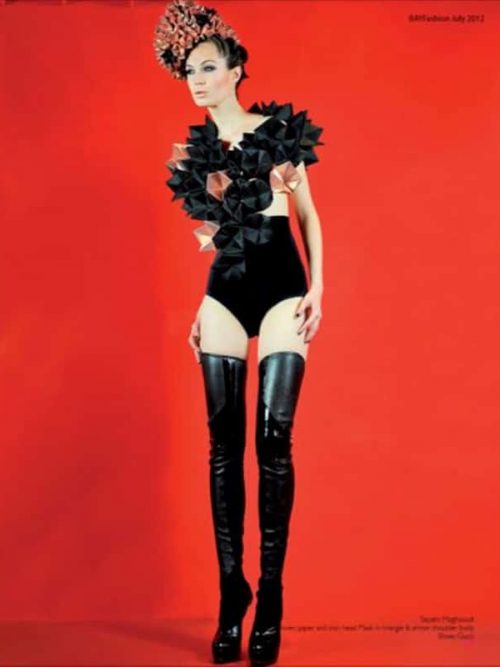 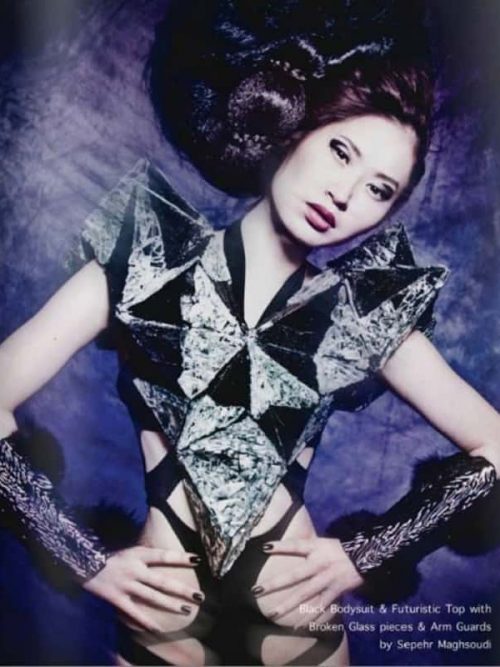 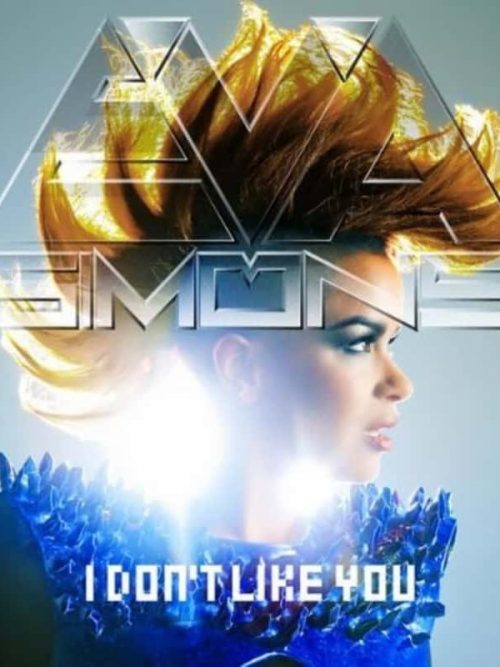 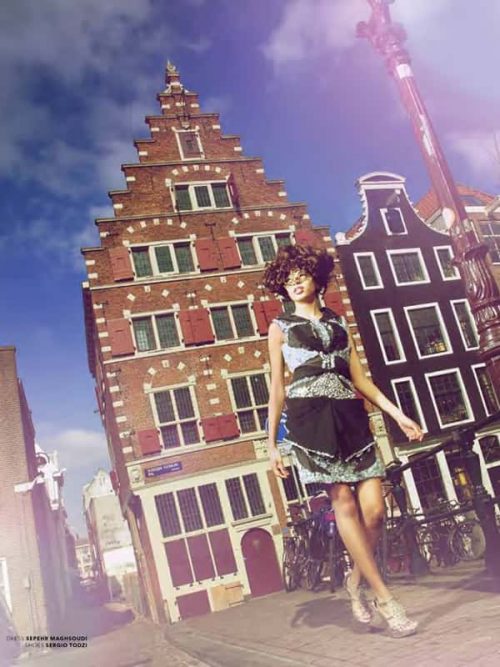 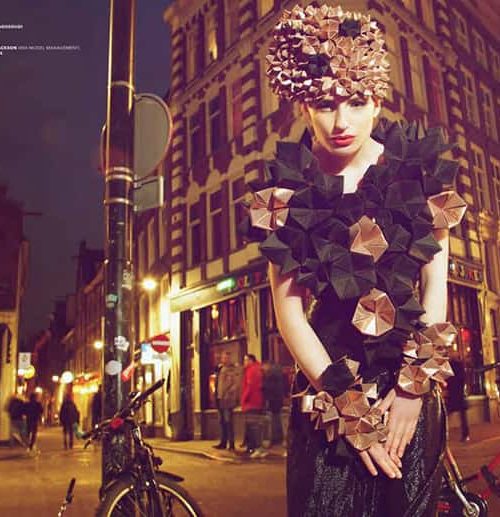 “Never give up, but fight for your position”, is the motto behind this collection.

With an eye for female curves and the use of handwork and exceptional materials such as glass and ceramics, the collection is typically Sepehr. During a theatrical show, which was accompanied by live opera music, the designer presented his super feminine creations, such as long gowns of Italian silk in intense colours (emerald green, dark blue and black), trimmed with fur, leather or lace. Each of his creations are romantic, but reveal a dark edge.

The way the designer applies glass in his new collection is highly sophisticated and clearly refers to his Persian roots. The material emanates both a powerful as well as a vulnerable quality. It represents the risk Sepehr dares to take: ‘Never give up, but fight for your position’ is the motto behind this collection. This makes ‘Running Through Walls’ a collection with a soul.

Sepehr Maghsoudi (29) made his breakthrough in 2010 after appearing on the TV series ‘Project Catwalk’ and was awarded the first Arnhem Fashion Award for Best Designer. He made his worldwide debut by designing a collection for an episode of the popular MTV program “My Super Sweet Sixteen”, watched by 150 million people in 49 countries.

join our newsletter for the latest news and specials

close
close
Start typing to see products you are looking for.
We use cookies on our website to give you the most relevant experience by remembering your preferences and repeat visits. By clicking “Accept”, you consent to the use of ALL the cookies.
Cookie settingsACCEPT
Manage consent

This website uses cookies to improve your experience while you navigate through the website. Out of these, the cookies that are categorized as necessary are stored on your browser as they are essential for the working of basic functionalities of the website. We also use third-party cookies that help us analyze and understand how you use this website. These cookies will be stored in your browser only with your consent. You also have the option to opt-out of these cookies. But opting out of some of these cookies may affect your browsing experience.
Necessary Always Enabled
Necessary cookies are absolutely essential for the website to function properly. This category only includes cookies that ensures basic functionalities and security features of the website. These cookies do not store any personal information.
Non-necessary
Any cookies that may not be particularly necessary for the website to function and is used specifically to collect user personal data via analytics, ads, other embedded contents are termed as non-necessary cookies. It is mandatory to procure user consent prior to running these cookies on your website.
SAVE & ACCEPT
Scroll To Top